from West Coast City​/​(​The Girl's) Unavailable by The Wrecking Two 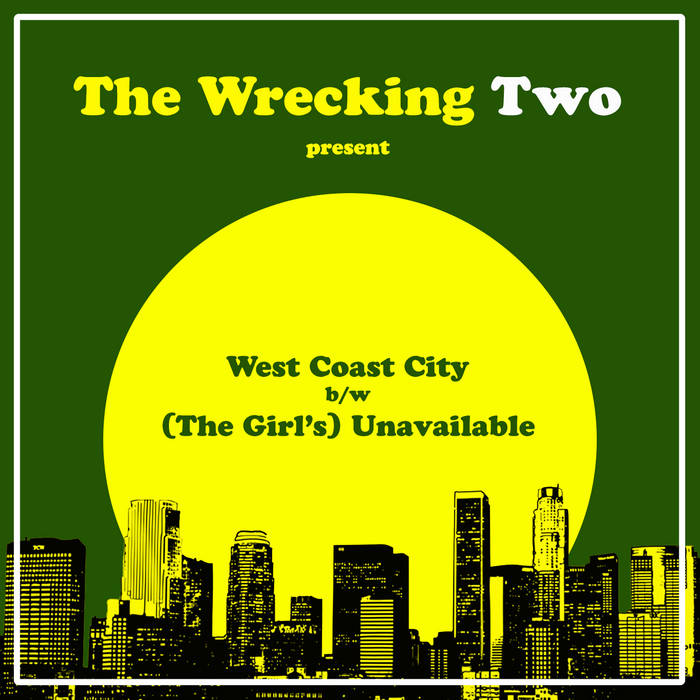 The Wrecking Two are 60s pop fanatic Kyler and multi-talented musician/founder of The Lunar Laugh, Jared Lekites. Their debut single is inspired by their love of Brian Wilson, The Beach Boys, Lesley Gore, Neil Sedaka, Lou Christie and The Monkees. Although they have never met in person, their sound and spirit blend seamlessly.

Bandcamp Daily  your guide to the world of Bandcamp